Blog - Latest News
You are here: Home1 / General Interest2 / Will Green Ammonia Power Your Future Car Instead of Batteries? 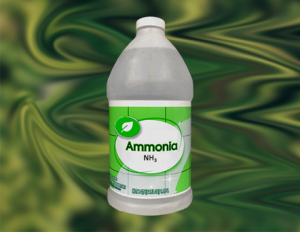 In this ProQuip In The Mix Blog, we take a closer look at green ammonia and its potential use as a fuel source.

When Green Ammonia is introduced into a conversation, the first question typically is, “What is green ammonia?” Green ammonia is a form of ammonia that uses a more environmentally-friendly production process including alternative, renewable (i.e., non carbon-based) energy sources.

The next question is, “What is ammonia?” Most know that it can be used as a household cleaning agent, but few know its chemical composition (hydrogen and atmospheric nitrogen – NH3 – which are combined under pressure).

The History of Ammonia

The world’s booming population growth in the early 1900s created significant stress on farmers to increase production. Unfortunately, the most common fertilizers in use at the time – animal waste and natural nitrates – were in limited supply. A new fertilizer that could be mass-produced was needed. Ammonia was the solution.

Fritz Haber and Carl Bosch, a pair of German chemists, developed the process to form ammonia under pressure in 1908. Farmers began using ammonia as a fertilizer, and the world’s food production dramatically increased. As a result, many recognize the Haber-Bosch process as one of the most important industrial chemical reactions in history (Haber won the 1918 Nobel Prize in Chemistry for it). The Germans’ process is still responsible for nearly all the world’s ammonia. It’s also used to produce derivatives like urea and ammonium nitrate (CEN).

The Advantages of Green Ammonia Powered Cars vs Electric Cars

So the big question is can green ammonia be used to run our automobiles or other forms of transportation?  Green ammonia powered-cars have several advantages over those that are powered by electricity. These include:

There are also several disadvantages to using green ammonia as a fuel source for cars. These include:

So, Will Green Ammonia Supplant Electricity as the Preferred Car Fuel of the Future?

At this point, there is no clear answer to this question. However, current market dynamics heavily favor electric cars over those powered by green ammonia (and other alternative fuels). The car industry is poised to go completely electric over the next several decades. The momentum for this change is significant.

Could things change? Absolutely. There are many examples of flip-flops in market position among emerging technologies. The most well-known is probably Betamax vs VHS home video recording technology. The early market front runner didn’t win the race.

ProQuip tank agitators have been used in fertilizer production and a wide variety of other chemical manufacturing processes for over five decades. For more information on ProQuip mixing solutions, email applications@proquipinc.com or call us at 330-468-1850. 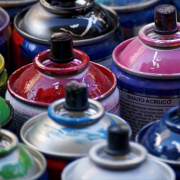 We Settle the Debate of Chocolate vs Vanilla Ice Cream

Is Color Changing Paint Fact or Fiction?
Scroll to top