Blog - Latest News
You are here: Home1 / In The Mix2 / Are You Using the Right Tank Design for Your Industrial Mixing Application?... 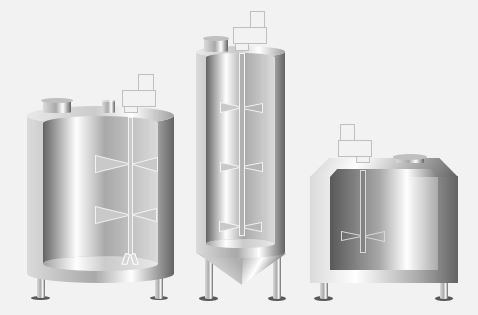 Your industrial mixing application can significantly influence many tank design variables including shape, size and configuration.

This blog is the first in a two part series that will help you determine the right tank design for your mixing application.

Tank design for liquid blending (assume miscible liquids for the purposes of this blog) and solids suspension mixing applications are covered in part one.

Viscosity is the most critical factor in tank design for liquid blending. When the viscosities are water-like (e.g., whiskey, beer, wine, window cleaner, mouthwash), the flow is turbulent. Almost any mixing tank configuration is allowed. It can be short and squatty or tall and skinny. It can be round, square, rectangular, horizontal cylindrical or even irregularly shaped. 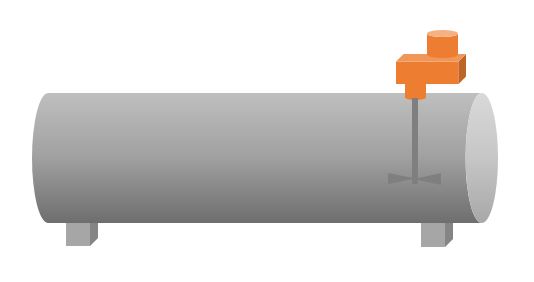 Figure 1. Even if the viscosity of the liquids you are blending is water-like, one industrial mixer placed at the end of a long, horizontal cylindrical mixing tank won’t be effective.

Although you can use just about any tank design for blending water-like liquids, the tank geometry determines the placement and number of industrial mixer(s) for effective blending.  As an example, for a typical miscible liquid blending application, you can’t place one industrial mixer close to the end of a long, horizontal cylindrical mixing tank (Figure 1) and expect to effectively agitate the vessel contents. Odd shaped mixing tanks often require more than one industrial mixer as do very shallow pits and sumps.

When you are blending liquids of significant viscosity, the flow is laminar (i.e., not turbulent). In this flow regime, your choice of tank geometry is restricted. Round tanks are the best choice, but square tanks with rounded corners and filleted bottoms may sometimes be used. Relatively big agitator impellers are required and often run close to the sides of the tank.

Tank geometry for blending viscous liquids also impacts the design and cost of your industrial agitator. Tanks with a 1:1 aspect ratio (straight side length/diameter ratio) provide the most economical industrial agitator design. Tall, skinny tanks can be mixed, but as the aspect ratio increases the blend time becomes much longer at the equivalent power level and agitator cost. 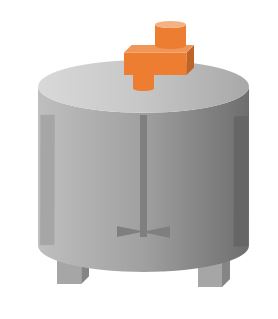 Figure 2. The optimum tank design for solids suspension mixing applications is round and has an aspect ratio of about 1:1. It must either be baffled with the industrial mixer on center or the mixer can be angle-offset mounted.

The optimum tank design for solids suspension mixing applications is round and has an aspect ratio of about 1:1. It must either be baffled with the industrial mixer on center or the mixer can be angle-offset mounted. A center mounted industrial mixer in an unbaffled tank does not effectively suspend solids. Straight-vertical offset mixers in unbaffled tanks leave a significant heal of solids in one sector of the tank floor. Angle-offset mixers are generally restricted to relatively small volumes although we have used them successfully in 25,000 gallon tanks.

When the system contains very small solid particles, their tendency to settle out is exclusively controlled by the viscosity of the liquid. This is called Stokes settling. Most of these systems can be treated as liquid blending applications, and many of the restrictions above do not apply. However, if there is a power failure and the solids are allowed to settle, they may be difficult or impossible to re-suspend if the restrictions above were ignored in the tank design. 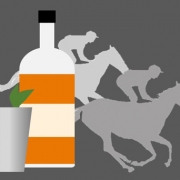 Are You Using the Right Tank Design for Your Industrial Mixing Application?...
Scroll to top