Blog - Latest News
You are here: Home1 / General Interest2 / Standard or Synthetic Oil, That is the Question

If You’re not Sure, We’ll Try to Help You Provide a Definitive Answer Next Time You Get An Oil Change

“Do you want standard or synthetic oil?” 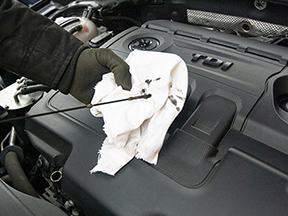 Just about everyone is asked this question when they take their car in for an oil change. Most drivers know little about standard vs synthetic oil and answer, “Whatever you recommend.”

This In The Mix Blog will help you provide a more definitive answer to the standard or synthetic question the next time you get an oil change for your car. We’ll take a take a closer look at the origin of motor oil and its evolution over the last century from basic refined crude oil to high performance synthetic oils.

Before we get to the oil types used in cars, it is important to note this question also applies to tank agitators including those made by ProQuip.  Each agitator uses an industrial gear reducer selected for the mixing application.  Many of these gear reducers use synthetic lubricants. Recommended lubricants for each agitator are provided in the OEM service manual. It is important to follow these guidelines for both selection of the lubrication and for frequency of oil changes.

The Origin of Motor Oil

Dr. John Ellis invented motor oil just after the Civil War to lubricate steam engines. (NOTE: for the purposes of this blog, motor and engine are used interchangeably). Later, Ellis formed the Valvoline company to serve the emerging internal combustion engine market and its primary application: the gas-powered automobile.

Henry Ford was among the first customers for Valvoline’s motor oil, not only for use in the renowned Model A but for a custom automobile engineered specifically to break the land speed record (which it did in 1904 traveling 91 MPH). After the record was set, Ford recommended the use of Valvoline motor oil in all his cars.

As of 2018, Pennzoil has the largest share of the U.S. motor oil market at 39%. Valvoline is second at 22% market share and Mobil, Castrol and Havoline have a 6% share.

The Evolution of Motor Oil

The first motor oil for internal combustion engines was made from refined crude oil. It’s physical characteristics could vary greatly as there were no standards for performance or viscosity. After several decades of use in cars, and viscosity testing by organizations like the Society of Automobile Engineers (SAE), SAE 30 was recognized as the standard engine oil in the 1930s. The number represents the oil’s viscosity at 100°C. 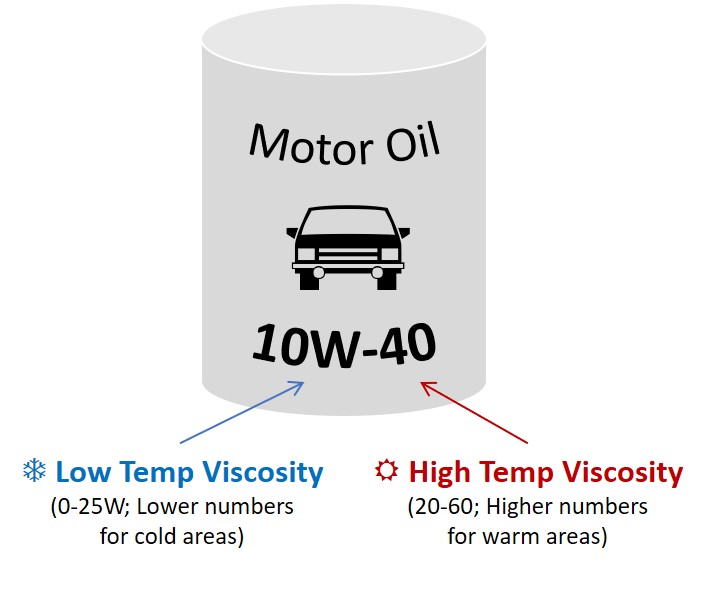 Motor oil development continued as car engine designs changed and different driving conditions were recognized (e.g., cold areas vs warm areas; see graphic). This resulted in the introduction of oils in a range of viscosities.

Al Amatuzio, a member of the Minnesota Air National Guard, introduced synthetic motor oil for autos in the 1960s after seeing synthetic lubricants used in aviation applications. The big motor oil companies were not interested in following suit until 10 years later when the energy crisis of the late 1970s forced car makers to develop smaller, more fuel-efficient engines. Mobil was the first major company to enter the synthetic oil market. All other major oil companies entered it over the next several decades.

This blog will not dive too deeply into the very confusing world of how synthetic and synthetic blend oils are made and what they actually contain. In a nutshell, synthetic oil is made from a base oil, powder additives, and a carrier oil that evenly distributes the additives. The additives help the oil last longer, clean/protect better and perform more consistently in the high heat, pressure, and stress environment of smaller and smaller car engines.

So what motor oil should you use in your car? The simple answer is it likely will be a synthetic or synthetic blend (about 70% of new cars use them). But with so many engine types and other variables to consider, it’s probably best to just ask your mechanic.

For more information on ProQuip mixing solutions for adhesive manufacturing, email applications@proquipinc.com or call us at 330-468-1850.

How Super Glue is Made

This site uses cookies. By continuing to browse the site, you are agreeing to our use of cookies.

We may request cookies to be set on your device. We use cookies to let us know when you visit our websites, how you interact with us, to enrich your user experience, and to customize your relationship with our website.

Click on the different category headings to find out more. You can also change some of your preferences. Note that blocking some types of cookies may impact your experience on our websites and the services we are able to offer.

These cookies are strictly necessary to provide you with services available through our website and to use some of its features.

Because these cookies are strictly necessary to deliver the website, refuseing them will have impact how our site functions. You always can block or delete cookies by changing your browser settings and force blocking all cookies on this website. But this will always prompt you to accept/refuse cookies when revisiting our site.

We fully respect if you want to refuse cookies but to avoid asking you again and again kindly allow us to store a cookie for that. You are free to opt out any time or opt in for other cookies to get a better experience. If you refuse cookies we will remove all set cookies in our domain.

We provide you with a list of stored cookies on your computer in our domain so you can check what we stored. Due to security reasons we are not able to show or modify cookies from other domains. You can check these in your browser security settings.

These cookies collect information that is used either in aggregate form to help us understand how our website is being used or how effective our marketing campaigns are, or to help us customize our website and application for you in order to enhance your experience.

If you do not want that we track your visit to our site you can disable tracking in your browser here:

We also use different external services like Google Webfonts, Google Maps, and external Video providers. Since these providers may collect personal data like your IP address we allow you to block them here. Please be aware that this might heavily reduce the functionality and appearance of our site. Changes will take effect once you reload the page.

The following cookies are also needed - You can choose if you want to allow them: