And the Production Process Used to Make Commercial Barbecue Sauce 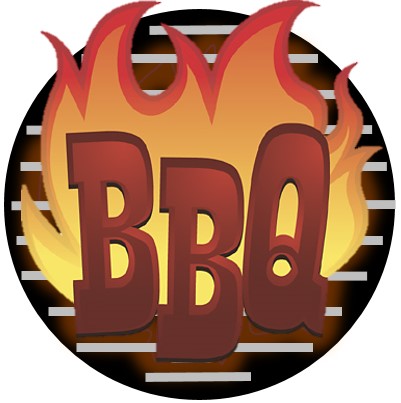 We hope you enjoyed our Fourth of July blog and had a safe and joyous holiday.  For many, July 4th is the height of the summer season, and the subject of this blog – barbecuing. Yes, summer now may be winding down, but there is still plenty of great time for a barbecue (also spelled barbeque) in late summer and fall (and winter in more temperate climates).

This blog look looks at the equipment, cooking methods, and food options for a great barbecue. It also looks at the mixing process used for commercial barbecue sauce. ProQuip tank agitators are used by several commercial producers of barbecue sauce and other condiments commonly found at summer and fall cookouts.

Any discussion on barbecue begins with equipment. We’ll look at the two most common pieces of equipment used for barbecuing: grills and smokers. If you’ve walked into Home Depot or Lowes lately, you’ve probably noticed there are a lot of grill choices. When trying to pick one, the decision usually boils down to a few primary features: construction, size and fuel type (e.g., gas, charcoal).

When it comes to the construction of grills, quality components typically last longer

and are worth the extra cost. Fortunately, many grills today use heavier gauge, better quality steel (often stainless on gas models) than those made a few decades ago (which were often made of cheaper steel and were ready for the garbage can after only a few years). Look for a grill with as many stainless steel (and/or porcelain-coated) components as possible.

The size of the barbecue grill you need is usually based on the amount of food you plan to cook on it at a given time and the location the grill (e.g., backyard, park, tailgating) will be used. It seems most people prefer larger grills over smaller ones. However, unless you have a large family or entertain often, a smaller grill is usually more than sufficient. Years ago, smaller grills often lacked the features of their larger brethren. Small and large grills today often have the exact same features, the smaller grill just has fewer of them (e.g., burners).

A couple reasons you may still choose a large grill are the size of the foods you plan to cook on it (e.g., full turkeys) and heat distribution. Regarding the latter, I like to cook roasts and thicker cuts of meat indirectly (and more slowly) on a gas grill using the two outside burners on a three burner grill. The meat sits over the middle burner, which is left off. Indirect cooking on a gas grill with two burners is possible but more difficult.

Indirect cooking can also be done effectively on many charcoal grills, especially kettle grills like those made by Weber. This is where the similarities often end when looking at fuel types used for barbecuing, the most common of which are charcoal and propane gas. The preferred fuel is often as hotly debated as the top issues in a political campaign.

Figure 1. Many backyard chefs prefer gas grills for their ease of use and convenience.

Some barbecuers will only cook with charcoal and vice versa. Others see the merits of both depending on what you are cooking. While I am in this camp, I typically use gas. It’s easier, cleaner and requires less guessing when it comes to temperature (See Figure 1). Any difference in taste is typically negated by these factors.

Speaking of taste, it is the primary reason a smoker is used instead of a grill. Like grills, smokers come in different sizes, shapes and fuel types. Smokers cook food (typically meat) at low temperatures for a long period. This produces very tender meat and smoky flavor.

Smokers come in a variety of sizes from tabletop to trailer-mounted. Most homeowners do fine with a smoker about the size of a typical gas grill. A smoker of this size is sufficient to feed the family or even a small party.

The shape/orientation of your smoker is probably more important than the size. The most common smokers for home use are cylindrical in shape and are vertical or horizontal-oriented. With a vertical-oriented smoker (i.e.,

Figure 2. Bullet smokers like this one from Weber have a direct heat source which can make temperature more difficult to control.

bullet smoker. See Figure 2), the fire is built in the bottom of the unit, and heat is directed up toward the food. This direct heat source can sometimes be difficult to control and can cook food faster than desired.

Horizontal-oriented smokers (i.e., barrel smokers. See Figure 3) are more common because they have an offset-fire box that provides indirect heat. The offset firebox typically has a damper/vent separating it from the main cooking chamber. The damper/vent can be opened and closed to control the amount of heat reaching the food which makes it easier to maintain a lower temperature. Still, food closest to the firebox gets the most heat and may need to be rotated to achieve the preferred cooking time.

The typical fuel source for smoking is wood. A variety of woods are used based on the type of smoke/flavor they produce and the food you are smoking. Some of the more common wood choices for smoking are apple, mesquite, ash and hickory. In

Figure 3. Barrel smokers have an offset firebox which provides indirect heat and makes it easier to control temperature.

general, use woods that produce a milder smoke (especially for poultry and fish) if you are new to smoking.  This helps you determine how much smoke flavor you prefer. I once used a heavy smoke-producing wood (can’t remember which one) for turkey, and all I and my Thanksgiving dinner guests could taste was the smoke itself. It was not a pleasant experience.

Gas and electricity are also used as a fuel source for smoking but are far less common than wood. I have not used either, but I do know several people that have used electric smokers and are pleased with the results.

Electric smokers use a heating element similar to an oven and are also typically square in shape. Like an oven, the cooking temperature can be set precisely, which takes the guess work and effort out of controlling temperature (which is what makes smoking an art form for many purists).  Smoke flavor is produced by a box of wood chips placed inside the unit.

If you look on the Internet, it seems people are trying to grill and smoke just about everything these days. While this is certainly possible, just remember that it’s all about flavor. In other words, do you like the flavor of the food after it been grilled/smoked.

This is especially true for smoking. Some foods just don’t taste good with a heavy smoke flavor (per my previous comment about turkey. I’m also not a big fan of smoked fruit and vegetables in general, although I do like them on the grill – especially sweet corn – which is ubiquitous in Ohio right now. Grill in husk and then add butter, lime and grated Parmesan cheese before serving).

Meat is hands down the number one food to grill and smoke, especially beef. Pork, poultry and fish also can be grilled and smoked with exceptional results. Most people grill meat directly over the heat source, flipping constantly to avoid it turning into a piece of leather. Instead, just flip once, leaving the meat on one side for several minutes based on the type of meat (beef longer, fish shorter) and thickness. Avoid overcooking by checking the internal temperature with a meat thermometer. Many have gauges for different types of meat and degree of doneness. Always rely on the thermometer to determine when the internal section of your meat has reached a safe temperature to eat. Often this is before the meat is well done – even fish and pork.

For roasts, briskets and other thick pieces of meat, grill or smoke them at lower temperatures over indirect heat (they can be seared first directly over high heat to produce a nice outer crust). Indirect heat prevents undercooking the middle of the meat while keeping the outer parts from becoming overdone. Remember to check the internal temperature with a thermometer to known when to remove the meat from the grill/smoker. I usually remove it a few degrees before optimal and wrap in tin foil to rest for 10-15 minutes. Cooking continues in the foil and raises the temperature the last few needed degrees. It also helps juices flow back to the center of the meat.

No discussion of barbecue is complete without mentioning barbecue sauce, of which there are two main styles: Kansas City (tomato-based) and Carolina (vinegar-based). There are many variations on them derived from adding other ingredients and spices.

Figure 4. Hundreds of commercial barbecue sauces are available, or you can make your own.

Each city/region that produces a barbecue sauce style thinks theirs is the best. From a retail sales standpoint, Kansas City barbecue sauce is the most popular style and what has typically been found in grocery stores for decades. However, a proliferation of sauce types over recent years is now commercially available on many store shelves (thanks to Food Network, BBQ Pitmasters, Steve Raichlen of PBS  and others). Many of these barbecue sauces are very different than the typical Kansas City style you’ve always used. My advice is to try a variety of sauces to see what you like (store bought or one of the many online recipes). You just might be surprised.

And if you happen to be in the Cleveland, Ohio area (where ProQuip is based), we recommend going to Mabel’s BBQ to try a newer barbecue sauce style based on Eastern European flavors and spices. Mabel’s is owned by celebrity chef Michael Symon. I admit I was skeptical about the sauce, but it became a new favorite after giving it a try.

Finally, when using barbecue sauce at home, wait until cooking is almost complete to add it (or add it at the table). A dry or wet spice rub should be used during cooking. It adheres to the meat better and produces the best flavor.

If you prefer to buy your barbecue sauce at the the store, I thought you might have an interest in how large volume commercial sauces are made. As previously mentioned, ProQuip tank agitators play a role in the production of several commercial barbecue sauces.

All barbecue sauces, home made or commercial, are simple blends of various liquids, spices and other ingredients. Almost all contain vinegar as one of the liquids. Most commercial barbecue sauces are cooked or brewed. Mixing typically happens throughout the cooking process to prevent ingredients from sticking to the sides of the tank, create a uniform blend and promote even cooking. Cooking time, mixing time and cooking temperature are typically not disclosed because they are considered proprietary parts of the manufacturing process.

The list below outlines the typical steps for making commercial barbecue sauce (individual production processes may vary). Common mixing parameters are shown in the table.

Common Mixing Parameters for the Production of Commercial Barbecue Sauce

There are many, many online sources for information on barbecue equipment and sauces, as well as barbecue cooking tips and recipes for various meats, fruits and vegetables. For help with industrial tank agitators or your mixing application, email applications@proquipinc.com or call us at 330-468-1850.

Are You Using the Right Tank Design for Your Industrial Mixing Application? (Part 3 – Emulsification, Gas Dispersion and Absorption, Crystallization and Heat Transfer)

Are You Using the Right Tank Design for Your Industrial Mixing Application? (Part 2 – Dispersion & Dissolution)