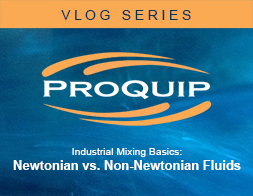 A major requirement for industrial mixer design is a thorough understanding of the mixed material viscosity.  This is especially true for high viscosity fluids.  Most viscous fluids are also non-Newtonian.  This means the fluid does not have a fixed value for viscosity.  There is an “apparent viscosity” at the mixing impeller that is related to how fast the material is stirred.

The following provides an overview of Newtonian and non-Newtonian fluids including videos demonstrating the mixing characteristics of each.

The video below shows a lab scale, baffled tank with a Newtonian fluid (corn syrup).  The viscosity is 80cps. The mixer has an axial flow (45 degree pitched blade) turbine impeller.  The video demonstrates that under these conditions, the fluid has good top to bottom flow and fluid movement out the tank walls.

A non-Newtonian fluid is a fluid whose rate of flow is not proportional to the stress applied. The viscosity of a non-Newtonian fluid is variable and may increase or decrease with stress, with time, or with a combination of both. View our mixology terminology resource for definitions of related terms Pseudoplastic, Thixotropic, and Dilatant. 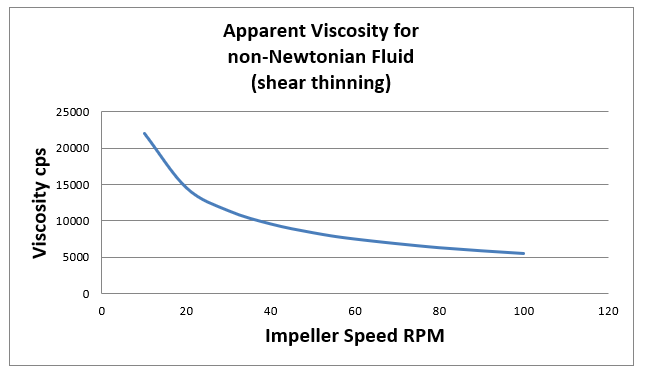 The “apparent” viscosity for the non-Newtonian fluid in this video is represented by:

For More Information about Newtonian and New-Newtonian Fluids 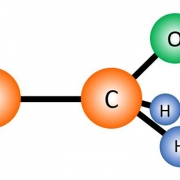 How Paint is Made
Scroll to top