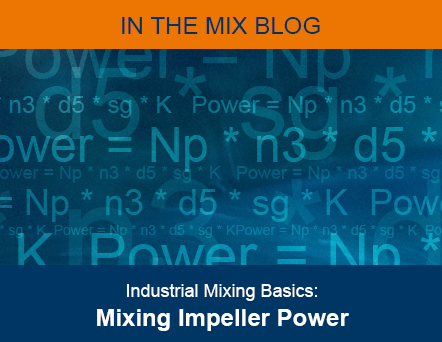 This blog discusses the mechanical power associated with a mixing impeller in a stirred tank.

The power associated with an impeller is related to four primary factors:

The relationship of these components can be expressed in the following equation:

The value of the dimensionless power number (Np) depends on several factors including impeller design, number of impellers and location within a tank, tank baffling and fluid viscosity.  Typically the power number is shown for mixing in fully turbulent flow.  A correction factor can then be applied to take all of these factors into account as illustrated above. 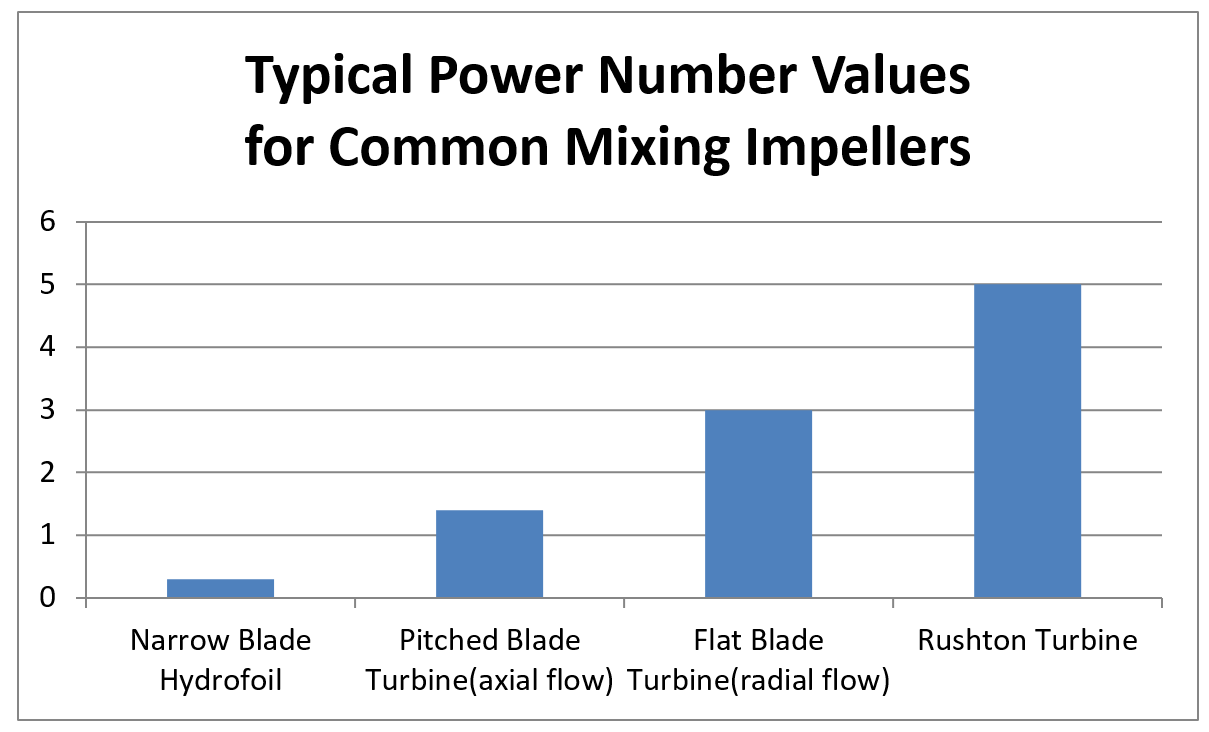 The value of the dimensionless power number (Np) depends on the impeller design as well as several other factors including the number of impellers, their location within a tank, tank baffling and fluid viscosity. 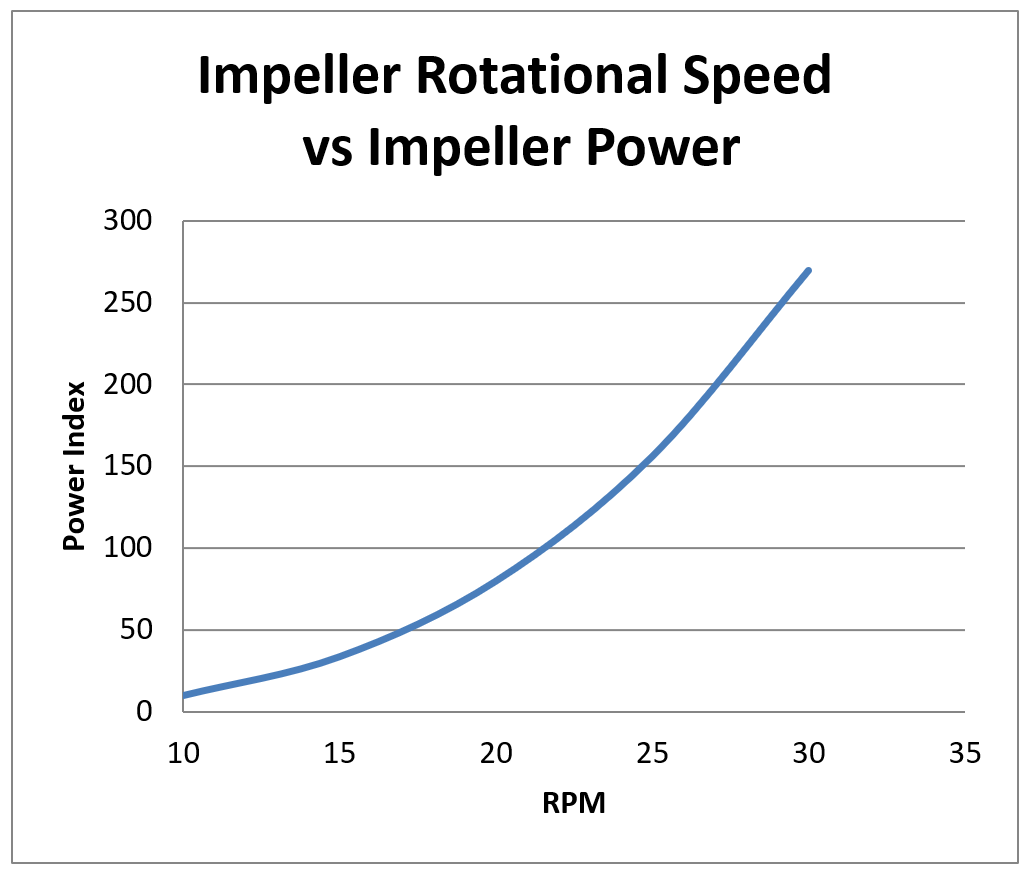 Small changes in impeller speed and diameter can have a significant effect on mechanical power.

Although understanding the factors that determine impeller mechanical power is certainly important, this is one of many factors consider in agitator design.

It is also worth noting that agitator HP by itself is not always a good measure for comparing industrial mixers.  The overall design is more dependent on torque.  The following example compares two mixers that both use a 5HP motor.

The Fixed Mount agitator above produces 5 times the torque of the Portable.  Accordingly, this agitator will have much larger components such as gearbox and shafting, and will provide a greater degree of agitation.

For more information about mixing impeller power, email applications@proquipinc.com or call us at 330-468-1850.

Celebrating a Half Century of ProQuip Tank Agitators