Blog - Latest News
You are here: Home1 / How It’s Made2 / How Ethanol is Made

Most Associate Ethanol with Corn, but it can also be Made from Sugar Cane, Sugar Beets and Even Grass 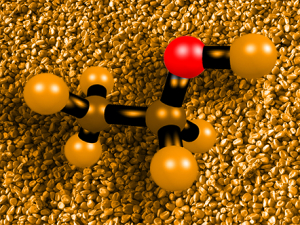 The chemical formula for ethanol is CH3−CH2−OH.

Spring is the perfect time to plan summer vacations. Many of those vacations are likely to be road trips. The vehicles used on most road trips are gasoline-powered cars, SUVs, minivans and trucks. There’s a good chance the gasoline used on these trips is blended with ethanol.

While most have used gasoline/ethanol blends in their vehicle (possibly without realizing it), few likely know much about the ethanol component.  This In The Mix blog takes a closer look at ethanol’s history, chemical composition, and production process.

Per britannica.com, ethanol, also called ethyl alcohol, grain alcohol, or alcohol, is a member of a class of organic compounds that are given the general name alcohols.

The most well known use of ethanol is in vehicle fuels. More than 98% of gasoline in the U.S. contains some ethanol. The most common ethanol blend is E10 which includes 10% ethanol and 90% gasoline (Alternative Fuels Data Center). Most gasoline-powered vehicles made after 2010 can use E10. Check your vehicle specs to confirm.

Another ethanol/gasoline blend many drivers know is flex fuel. The amount of ethanol in flex fuel ranges from 50-80+% depending on the geography and season. Only vehicles designed to use flex fuel can use it.

The History of Ethanol

Contrary to what most may believe, ethanol was not invented recently. It was not even invented during the Industrial Revolution!

Ethanol was actually invented shortly after the first millennium when it was derived from wine. However, the earliest form of ethanol had low alcohol content and burned without producing much heat. Ethanol use as a fuel became more prominent roughly two centuries later with invention of the cooling coil. The coil distilled a purer form of ethanol that produced significantly more heat.

Ethanol continued to be used primarily for lighting and cooking purposes until 1826 when Samuel Morey powered his new internal combustion engine with it. Thirty years later, ethanol use dwindled because of the Civil War – but not because the military needed it. The U.S. government taxed ethanol as liquor to help cover war costs. Ethanol use as a fuel recovered when the tax was later repealed.

Nearly 80 years after Morey first used ethanol in an internal combustion engine, Henry Ford used it in his Model T automobile. Ten years later, the first ethanol/gasoline blends were introduced. Demand for the blends spiked during World War II because of fuel shortages.

The modern U.S. ethanol industry emerged during the energy crisis of the 1970s. Fuel made with corn-based ethanol and blended with gasoline was cheaper, and more environmentally-friendly, than the leaded gasoline that powered most vehicles at the time.

In other parts of the world, sugar cane and sugar beets are the most common feedstocks used to make fuel ethanol. Cellulosic feedstocks such as grass, wood, and crop residues can also be used to make ethanol but are more complicated to produce.

How Ethanol is Made

The most common ethanol production processes today use yeast to ferment the starch and sugars in corn, sugar cane, and sugar beets. Typical production steps for corn-based ethanol include:

ProQuip tank agitators are used in the production of ethanol and other biofuels. For more information on ProQuip mixing solutions, email applications@proquipinc.com or call us at 330-468-1850.

Have You Changed Your Tank Agitator Gearbox Oil Lately?