Blog - Latest News
You are here: Home1 / How It’s Made2 / How Antifreeze is Made 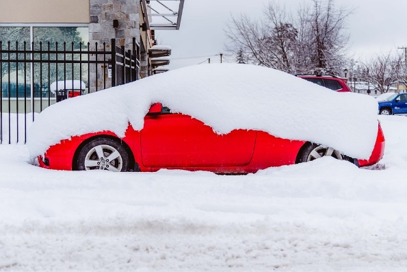 It’s January, it’s cold throughout much of the U.S. (the high temperature in most of the country is below 50 degrees as I write this) and antifreeze is hard at work keeping motorists warm and on the road.

Most drivers don’t know much about antifreeze other than it’s thick green stuff you pour in your radiator to keep the car engine from over-heating. It also helps heat the passenger compartment. If the amount of anti-freeze is too low, steam often billows from under the hood and the car interior doesn’t get very warm. The typical remedy for this situation is to buy more antifreeze, pour it in the radiator and hope for the best.

In this first blog of 2020 (and the new decade), we’ll take a closer look at what antifreeze is, how it works and its manufacturing process.

Most antifreeze is made from ethylene glycol. Charles-Adolphe Wurtz, a French chemist, is credited with creating ethylene glycol in the mid-1800s. It was first used commercially in dynamite manufacturing in the early twentieth century (Crankshift). Automobile applications followed about ten years later in the 1920s.

Plain water can also be used in various applications for temperature control. However, its relatively high freezing point and low boiling point limit the conditions in which it can be used. Ethylene glycol has a lower freezing point than water and a higher boiling point. This makes it an ideal antifreeze for the harsh conditions internal combustion engines in automobiles often face.

Unlike water, ethylene glycol won’t freeze during cold winter months and remains in the liquid phase during hot summer months. This ensures the engine cools properly on even the most bitter January days, and its components maintain their integrity (i.e., no hoses burst due to the expansion of water when it freezes).

How Antifreeze is Made

Companies in the petrochemical industry use ProQuip tank agitators for a wide variety of manufacturing processes. For more information on ProQuip mixing solutions for chemical production, email applications@proquipinc.com or call us at 330-468-1850.

The Best Thanksgiving Side Dish

How Hand Sanitizer is Made
Scroll to top