A Lot has Changed Since 1969, Except Our Dedication to Advanced Design, Manufacturing Excellence and Outstanding Customer Service

In 1969, Lyndon Baines Johnson was the United States President, the

Beatles performed together for the last time on a rooftop in London (their official breakup was announced in 1970), Oliver! won the Academy Award for Best Picture, and an estimated global television audience of 500 million viewers (the largest TV audience ever at the time) watched Neil Armstrong and Buzz Aldrin become the first men to walk on the moon. 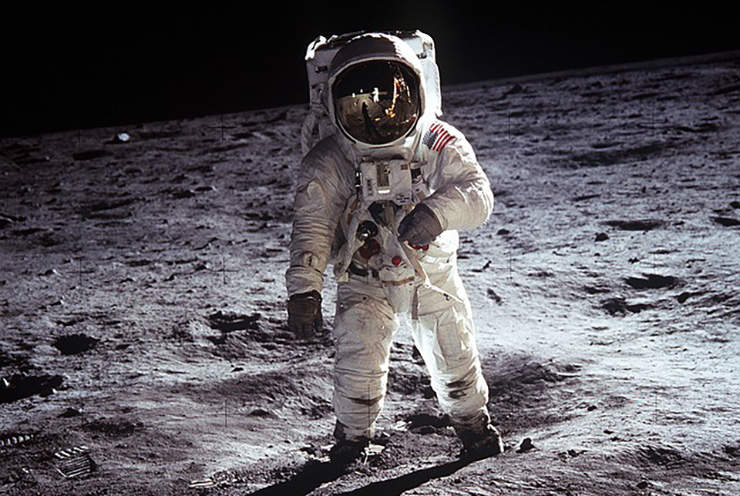 Neil Armstrong and Buzz Aldrin (pictured) became the first men to walk on the moon in 1969, the same year ProQuip was founded in Cleveland, Ohio by Harry J. Abraham.

In April of that year, a young engineer in Cleveland, Ohio named Harry J. Abraham founded ProQuip, Inc. and entered the market to design and manufacture industrial tank agitators. Harry sold his first tank agitator using common sales tools for the time: a hard-wired rotary phone, a typewriter, a drafting table, a slide rule, the U.S. Postal Service and an index card file of sales contacts. The sales process and cycle was slow in the 1960s, as was life in general.

The next decade included three U.S. Presidents (Richard Nixon, Gerald Ford and Jimmy Carter), the United States Bicentennial, two more World Series titles for the New York Yankees (for a total of 22), and adoption of the U.S. Clean Air Act. The latter led to the widespread use of methyl tertiary butyl ether (MTBE) as a fuel additive to reduce carbon monoxide emissions. However, it was later found to contaminate groundwater, and corn-based ethanol, a more environmentally-friendly fuel additive, replaced it. 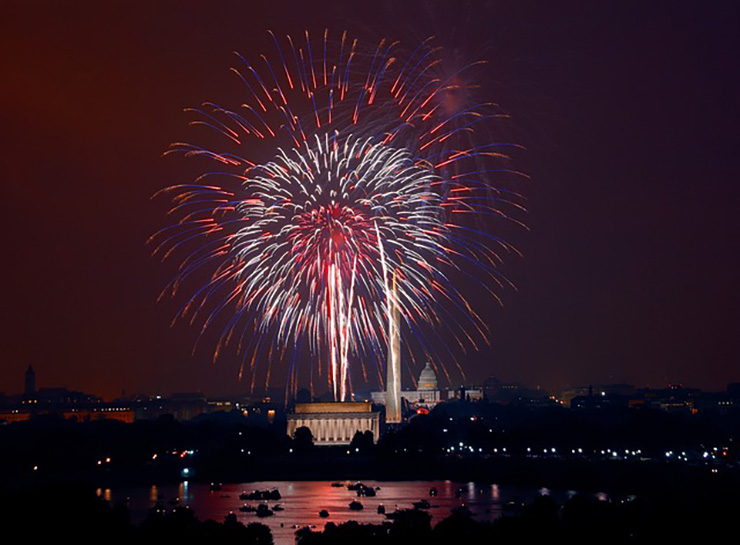 The United States celebrated its bicentennial in 1976.

Many businesses, including ProQuip, operated throughout the decade much the same as they did in the 1960s. Computers existed, but their size, price and limited capabilities relegated them to the worlds of science, education and big business. Hard-wired phones (many now push-button), typewriters (including fancy new electric models) and snail mail remained the primary business tools in most offices.

ProQuip prospered during the 1970s and quickly required more space. It broke ground for a new headquarters and manufacturing facility in Macedonia, Ohio on July 2, 1977. In the following excerpt from a press release for the event, Harry J. Abraham expressed his gratitude for the early success the company experienced:

“The American dream is alive and working. Nowhere else in this world can one start from scratch, and we have been blessed with diligent workers, trusting customers and supporting families. Nowhere else can you have the opportunity we have had over the past eight years and still have today.” 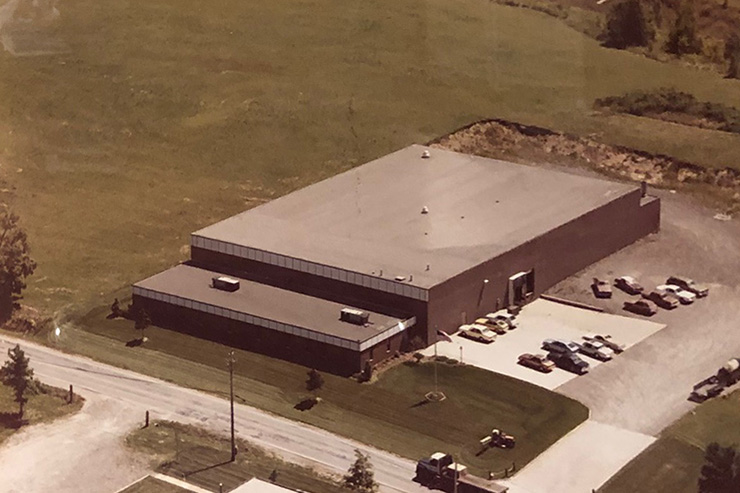 ProQuip grew quickly in its first decade leading to the construction of a new headquarters and manufacturing facility in 1977.

The world of business – and the world itself – began to change dramatically in the 1980s. Ronald Reagan was elected President of the United States in 1981, a position he would hold throughout the decade. One of the most transformative moments of his presidency, the “Mr. Gorbachev – tear down this wall” speech, led to the demolition of the Berlin Wall and ultimately the fall of the Soviet Union.

The business world was also transformed in the 1980s by the proliferation of personal computers in the workplace. An unknown entrepreneur and Harvard dropout from Seattle introduced a graphical user interface for personal computers he named after a house part, while two other entrepreneurs in California developed a competing system named after a fruit. Both inventions made it much easier to use a computer and greatly expanded the functions for which it could be used – including in the office. 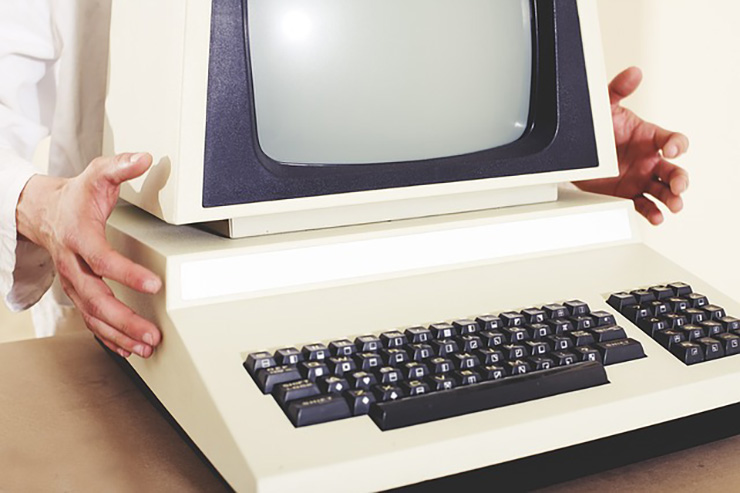 The first computers to enter the office environment looked a little different than their modern counterparts.

Windows-based computers proliferated in the workplace throughout the next decade, while Apple-based computers established a strong foothold in the education market. Personal computers, along with other technology like fax machines, local area networks, VCRs, camcorders, software, laser printers, and multi-line conference phones significantly increased office productivity.

Then came the 1990s – and really big change (except for three more World Series titles for the Yankees). The U.S. elected its 1st president from Arkansas, the Dow Jones closed above 11,000 for the first time, and something called THE INTERNET became available for commercial use. While personal computers changed the way we did business in the 1980s, it was the emergence of the Internet in the 1990s that changed how we lived our lives in general. The Internet connected personal computers across the globe, which infinitely expanded access to the global marketplace. 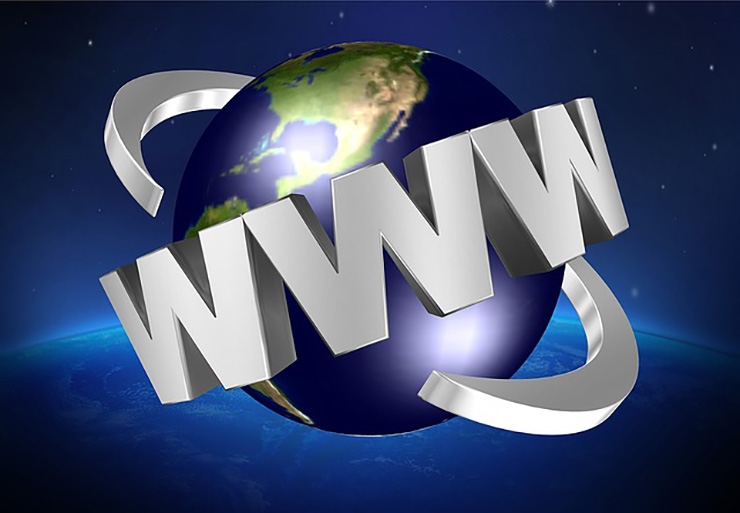 Little did anyone know at the time that a simple three letter acronym introduced in the early 1990s would change the way we work and live forever.

Over the last several decades, the U.S. has elected its first African American president, the Euro has become the primary form of currency in Europe, and the Yankees have won two more World Series championships. The Internet has also evolved into a platform for a wide variety of life and business applications. Major technologies developed for it have included online messaging, web sites, email, social media, online games, video conferencing, virtual assistants, e-commerce, smart phones, search engines and so much more. It has made the way we do business – and live our lives – almost unrecognizable compared to when ProQuip sold its first tank agitator 50 years ago.

ProQuip has stayed at the forefront of this evolution by embracing new technologies including 3D-autocad based designs, database driven customer support systems and advanced mixer design technology including utilization of Computational Fluid Dynamics. 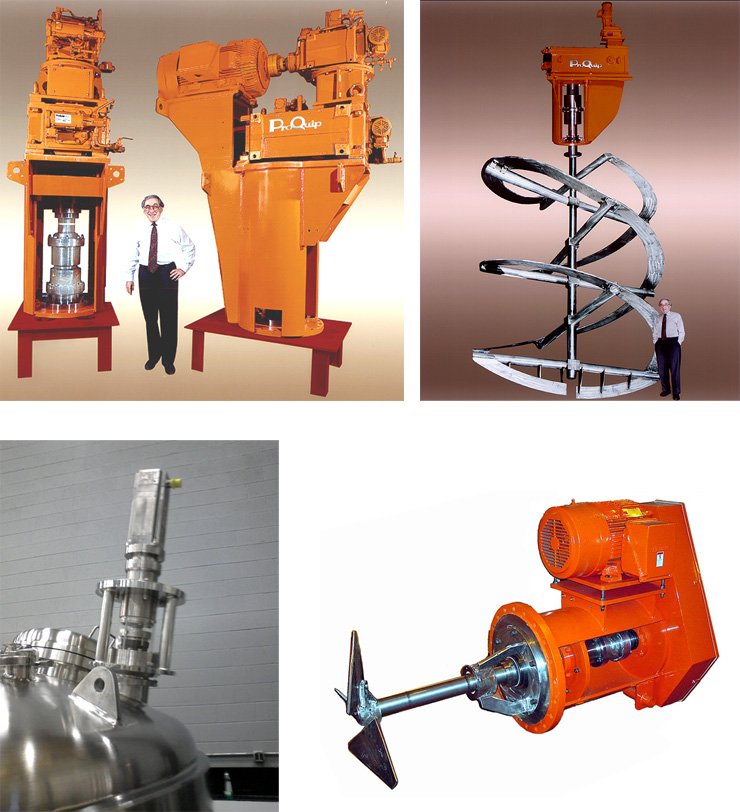 From its humble beginning to today, ProQuip has sold over 30,000 tank agitators around the world. ProQuip agitators have been provided to most of the industries in the Chemical Process field.  We have also been a major participant in the growth of U.S. renewable fuels supplying agitators to corn ethanol plants. ProQuip agitators are used in the production of over six billion gallons of ethanol annually. 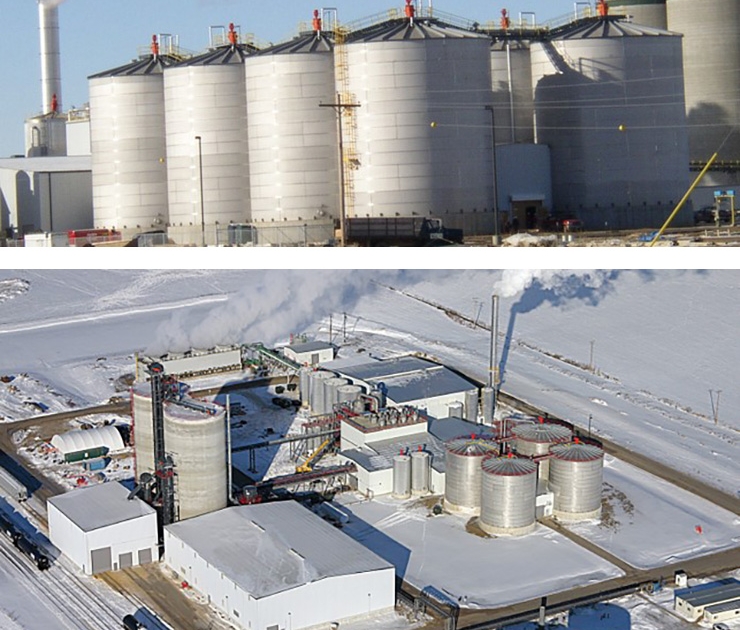 ProQuip has become a leading supplier of tank agitators for the U.S. ethanol market.

Although much has changed over the last 50 years, a few things have remained constant. ProQuip continues to make advanced design, manufacturing excellence and customer service its top priorities, just as Harry J. Abraham did when he sold his first tank agitator in 1969.

In the next 50 years, presidents will change, new styles of music will emerge, the internet will continue to evolve, but one thing that won’t change is ProQuip’s unwavering commitment to provide the highest quality industrial tank agitators and mixing solutions available.

For more information about ProQuip tank agitators, email applications@proquipinc.com or call us at 330-468-1850.