ProQuip has long served the beer industry as a supplier of tank agitators. Some of the biggest names in the brewing industry use ProQuip mixing solutions. If you are a beer drinker, there is a good chance you’ve had a pint that used a ProQuip tank agitator in the brewing process. In this In the Mix blog, we take a look at some of the best beers for summer sipping. 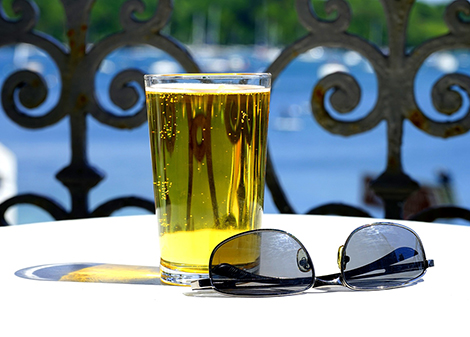 Now that the Memorial Day weekend has come and gone, the summer season has unofficially begun. This often means a change in the beer we drink. Hearty brews like porters, stouts, double IPAs and holiday spice ales are typically banished to the back of the fridge around this time of year. They are replaced by light-gold, easier drinking options like pilsners, shandies and summer ales until the leaves turn color next fall.

If you’re a beer aficionado, you may reach for a good pilsner for summer sipping. Many feel pilsner is the best beer in the world. Most pilsners are light, crisp and refreshing with mild hop overtones.

To most, the well-balanced pilsner seems straightforward. It’s not fancy – just a good, simple beer. However, the simple nature of pilsners doesn’t mean they are easy to make. The opposite is true. Achieving the perfect balance of body and character is very difficult.

Many American pilsners of the past didn’t quite reach the right balance, but those produced by craft breweries over the last decade are greatly improved. Prima Pils from Victory Brewing in Pennsylvania is considered one of the best American pilsners. 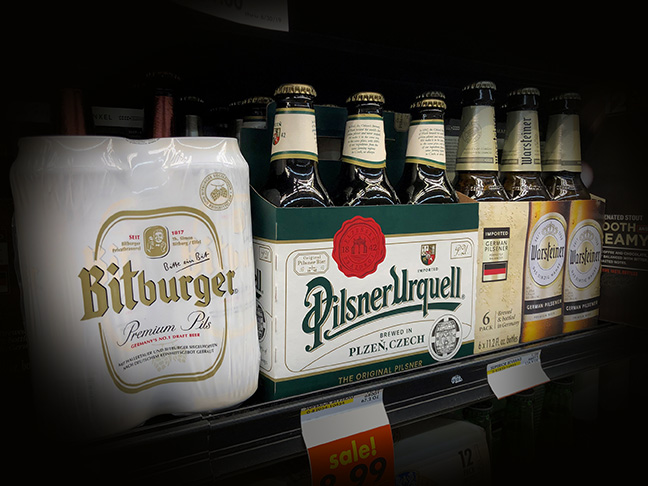 For the perfect pilsner, many still opt for those from Germany (and a few of its eastern European neighbors). The Germans know this style of beer very well. They invented pilsner in the town of Pilsen and have mastered its brewing process. Bitburger Pilsner is one of Germany’s best-selling beers and is widely distributed in the U.S. Many other German pilsners can also be found in the States.

As is the case with Guinness Stout, the legendary beer from Ireland, pilsners seem at their best when made and consumed in their country of origin. Anyone interested in a summer trip to Deutschland?

Like pilsner, kolsch beer is brewed with bottom fermenting yeasts. This would typically make it a lager. However, most kolsch beers are labeled as ales because they are brewed with ale yeast. The result is a very smooth and refreshing thirst quencher which is perfect after a hot summer day mowing the grass.

Most kolsches in the U.S. are made by craft breweries and can be somewhat difficult to find. Like pilsner, keep your eyes open for those from Germany. The most widely distributed kolsch in the U.S. is from Heinrich Reissdorf Brewery.

As its name suggests, golden lager is bottom fermented. It has a slightly bitter flavor and lighter mouth feel compared to pilsners and blond ales. Golden lagers are smooth and satisfying with no dominant  flavor characteristics.

Beers labeled as golden lagers in the U.S. are primarily produced by craft breweries. Founders Solid Gold is one of the most popular and widely distributed.

A shandy/radler style beer is typically a 50/50 mix of beer and a lemon-favored beverage. In recent years, U.S. breweries have launched shandy variations with other fruit flavors including orange, berry and grapefruit.

Shandies typically use wheat beer while radlers user other light-bodied beers like pilsner. The alcohol content in a shandy/radler is typically on the lower end of the spectrum for beer. 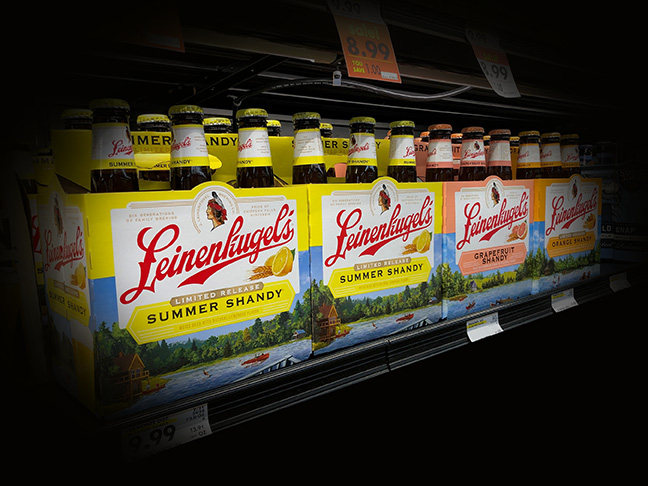 Jacob Leinenkugel Brewery in Chippewa Falls, Wisconsin made shandy style beer popular in the U.S. with the launch of its Leinenkugel’s Summer Shandy in 2007. It now comprises 70% of the brewery’s annual sales. Many other U.S. breweries followed Leinenkugel’s lead and also developed shandies.

One of the most successful shandies other than Leinenkugel’s Summer Shandy is from the Traveler Beer Company, which only makes shandies. The company is a subsidiary of the Boston Beer Company, maker of Sam Adams beers.

American style pale ales are on the lower end of this range. The hop profile is not overwhelming and aftertaste from it is less pronounced. These ales are ideal companions on a hot summer day. 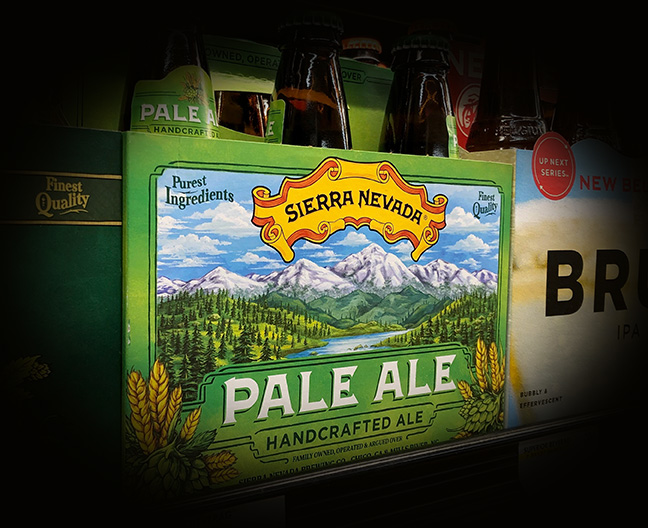 India pales ales are typically at the higher end of the IBU range and have a much more pronounced hop flavor and aftertaste. Many also contain more alcohol, especially double and imperial IPAs. These are often best during cooler months.

Some of the most popular pale ales are Sierra Nevada Pale Ale (often credited with starting the craft beer revolution), Founders All Day IPA (only 42 IBUs and 4.7% alcohol – a great summer sipper) and Stone IPA (71 IBUs and 7% alcohol – a little high in both areas – making it less ideal for summer drinking).

Another form of pale ale, blond or “golden” ale is known for its neutral, smooth-drinking flavor profile. Blond ales have no dominating malt or hop characteristics (<25 IBUs) and low alcohol content (4-5%). The neutral flavor of blond ales pairs well with the sweet and spicy foods common to summer barbeques. 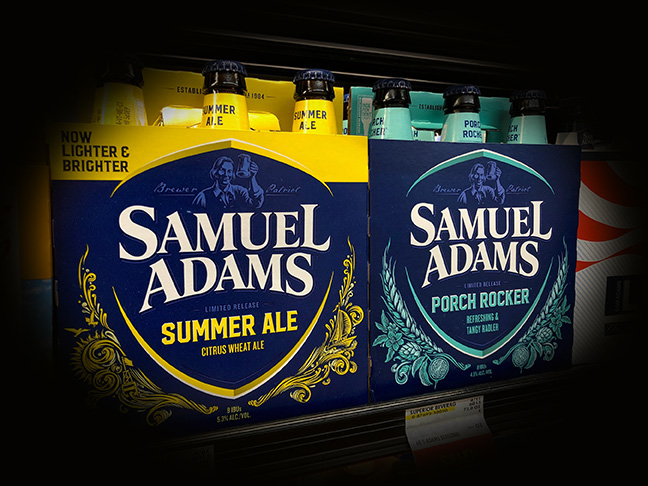 Summer ales are pale ales brewed with malted wheat and typically have various spice and fruit ingredients/overtones (usually citrus). The spice and fruit characteristics of summer ales makes them very refreshing while not overwhelming the palate like those found in many fall, holiday and winter beers.

The above is a very simplified view of what has become a somewhat confusing beer market. As many beer drinkers know, the number of new breweries has grown exponentially over the last several decades. This has created intense pressure among breweries to differentiate their offerings from competitors.

To create differentiation, brewers continue to stretch the standard definition of many beer styles, including those in this blog. You can now get hoppy kolsch, raspberry tart pale ale and jalapeno IPA. These offerings and others like them are not only blurring traditional style boundaries, they also making it as difficult to decide on a beer for your summer picnic as the next movie you’ll watch on Netflix.

Fortunately, there are many resources to help you research and pick the summer beer that best suits your tastes. Many web sites publish information on beer types and the brewing industry including BeerAdvocate and  RateBeer. YouTube is also an excellent source of beer reviews. Finally, a multitude of beer-related apps are available on the Apple AppStore and Google Play. For information on ProQuip tank agitators for the commercial brewing process, email applications@proquipinc.com or call us at 330-468-1850.